Brazil vs Venezuela: 5 Talking Points from the match 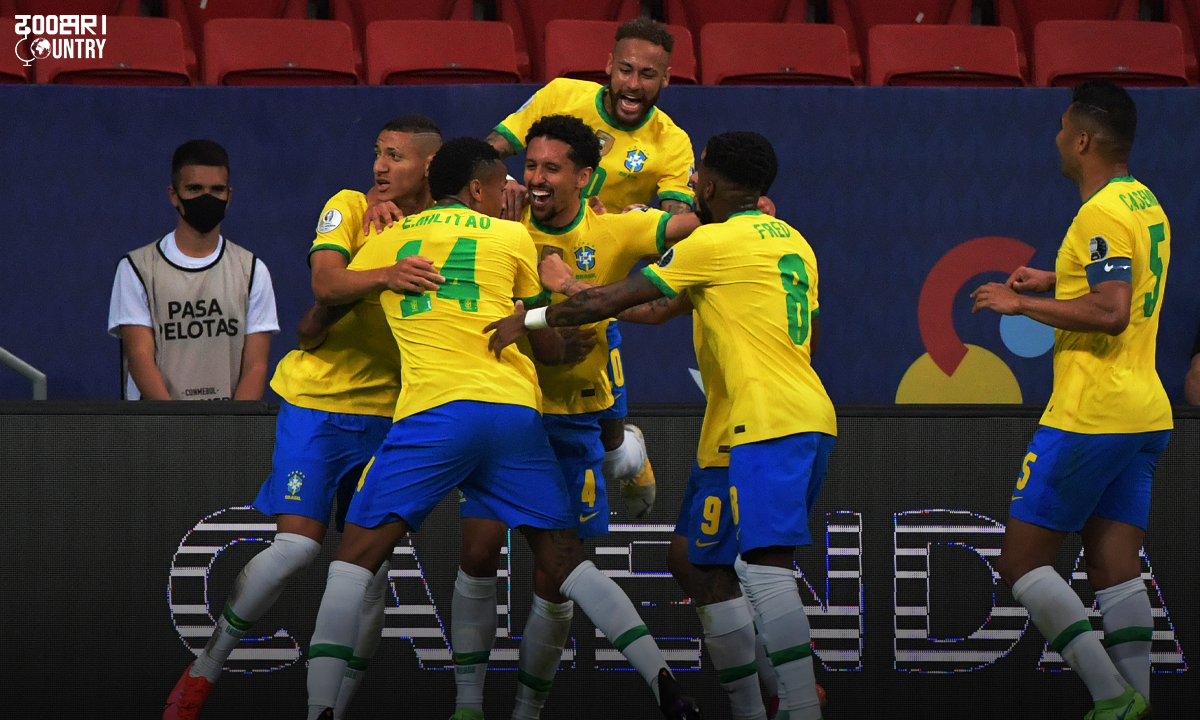 Brazil continued to retain their unbeatable record against Venezuela in Copa. As they bagged home another comfortable 3-0 victory against the Bolivian Republic side in the opening game of Copa America 2021. Football Monk comes up with the 5 talking points from the emphatic match.

Brazil started off with dominance from the very first minute of the match. The possession-based gameplay along with the pace flanks made things easier for the defending champions. Neymar along with Jesus enjoyed a lot of free space as they continued to create chances from the very first quarter. And Brazil got their immediate results when Marquinhos scored the first goal of the night. An inswinging corner from Neymar was enough to create chaos in the fumbling Venezuelan defense. Which the Brazilian stopper rightly used as he grabbed the goal with a clever little pass.

Venezuela remain confessed to their own half

After the goal, Brazil took full control of the game as they continued to create havoc in the offense. Tete’s men started to build their game deep from Danilo at the left-back. As they kept the Venezuelan side shrank to their own half letting them almost no chance to make an offensive move. Though Brazil got a couple of goal-scoring chances ahead of the break. The Venezuelan off-side traps turned just enough to refrain them from bagging a bigger lead

Neymar Jr the one man who continued to make things hard for the opponents. With all shots on target along with one goal and one assist the 29 years old was arguably the best player of the night. It was his calm and composed spot-kick at 64 min that earned Brazil their second goal of the night. Things didn’t stop there as he continued to create chances which finally led to the third goal at the dying minutes of the game. A goal bound through ball from Neymar was perfcetly chested into the net by substitute Gabriel Barbosa in the 88 minute sealing full points for the defending champions.

While Neymar leads the offense it was Casemiro who held the guard against all the mere chances made by the Venezuelan side. The 29 years old holding midfielder turned quite unbeatable as he recovered every loose ball passing across him making things further stable for Brazil in the midfield. The Real midfielder may not have played a lucrative brand of football. But he ensured a strong defensive shape in the middle of the park providing the necessary depth to Brazil’s gameplay.

Venezuela started the game with just Arstiguieta as their lone striker. And this cost them the most all through the match. Though Moreno along with Manzano and Martinez tried to keep a hold on the midfield game. But it turned mere in the face of Brazils offensive sharpness as the former failed to come forward with their gameplay. It seemed the lack of key players due to the COVID positive cases made things quite hard for Jose Paseiro managed side to field their best team.