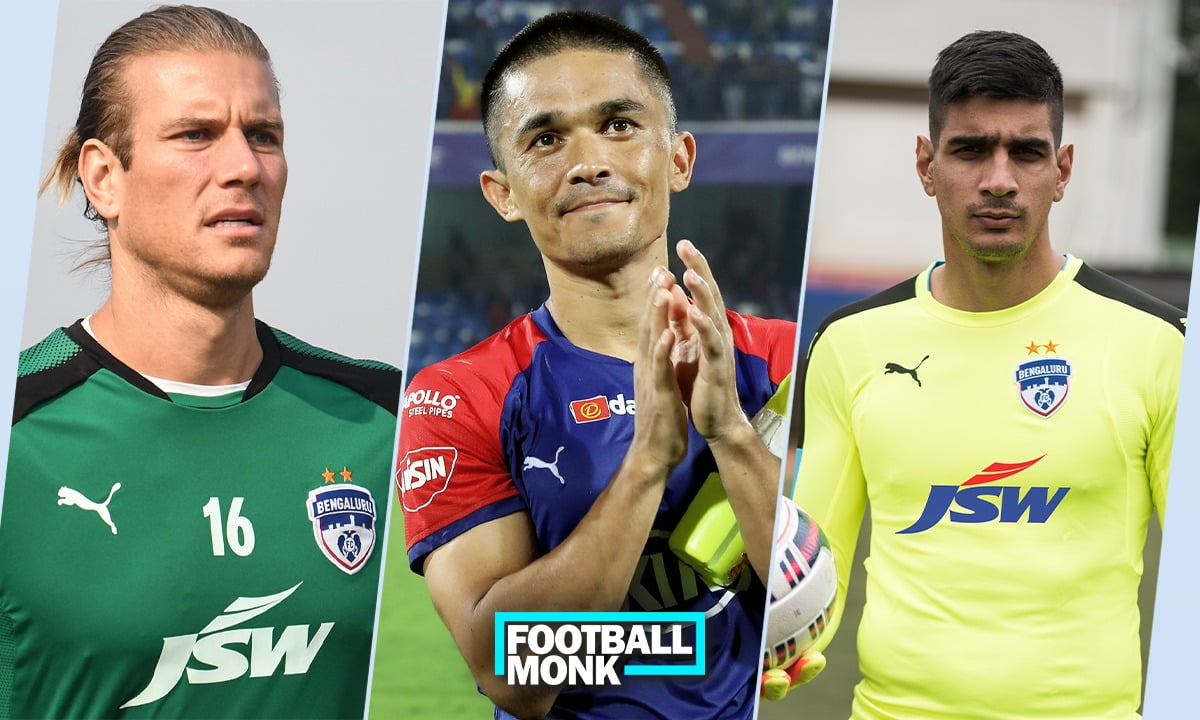 After a dismal campaign in ISL 2020-21 season, with only five wins in entire campaign, Bengaluru FC are heading into the AFC Cup. Football Monk takes a look at the top five key players for Bengaluru FC in the continental tournament.

Gurpreet Singh Sandhu is a proven performer for more than a decade in Indian football. Also in this time period, he achieved a rare opportunity to play in the UEFA Europa League for Norwegian Stabaek FC. The 6’6″ goalkeeper is the first Indian to achieve this feat.

Though the 2020-21 season of ISL wasn’t up to the mark for the 29-year-old goalkeeper, he has become an indisputable part of Bengaluru FC’s first-team.With his huge experience in India and Europe, Gurpreet can have a huge impact leading to Bengaluru’s success in AFC Cup this year.

Suresh Singh Wangjam started his professional career at Indian Arrows in 2017. In just two seasons with Bengaluru, he has become a precious asset for the team. He made 19 appearances for the Blues in this ISL 2020-21.

The 20-year-old midfielder has shown great spirit in the middle of the park. His flexibility is the key to his success. He can also fit in well in a double pivot system. Suresh can also go through the left flank and create problems for the opponents. With his dramatic rise in Indian football, it will be noteworthy to see how he manages to absorb pressure and flourish at the continental level.

Erik Paartalu is an experienced name in Asian football. He has played for various clubs in Australia, China, Qatar, South Korea and Thailand. In addition, he has been in India for over four years now and played a vital role in Bengaluru’s success over the years.

Paatalu has already proven his calibre. With his passing abilities in the defensive midfield, he can progress the ball fast. Besides, with his 6’4″ height and great physique, he can become an absolute nightmare for opponents from dead ball situations.

With seven goals in 18 appearances, Silva marked his arrival in Indian football in style. The Brazilian attacker was a key figure in the attack for Bengaluru FC in 2020-21 season.

Interestingly, Silva has played in several Asian clubs for over a decade. Though his most prolonged and eminent run came for former Thai League 1 champions Muangthong United. He spent three seasons with them recording an impressive tally of 57 goals. With his ability of continuously changing flanks and a little bit of Samba magic, he can improve Bengaluru’s creativity and goalscoring opportunities significantly, as seen in the 2020-21 season of ISL.

Any discussion about Bengaluru FC can not be complete without mentioning Sunil Chhetri. He has been with the club right from their beginning in 2013. The skipper is probably the main reason for their rise to eminence in such a short period of time.

After seven years, Chhetri has scored more than 100 goals and led the team to consistent glory in I-League, Federation Cup and ISL, later on. Bengaluru FC couldn’t qualify for the semi-finals in ISL 2020-21, finishing in the 7th spot. However, Chhetri’s reign is far from over as he ended up being the top Indian scorer of the league with eight goals and two assists.

Going into the highly-competitive continental tournament, Bengaluru FC will need Chhetri, not just as an evergreen fantastic player, but also as a captain who always leads from the front.