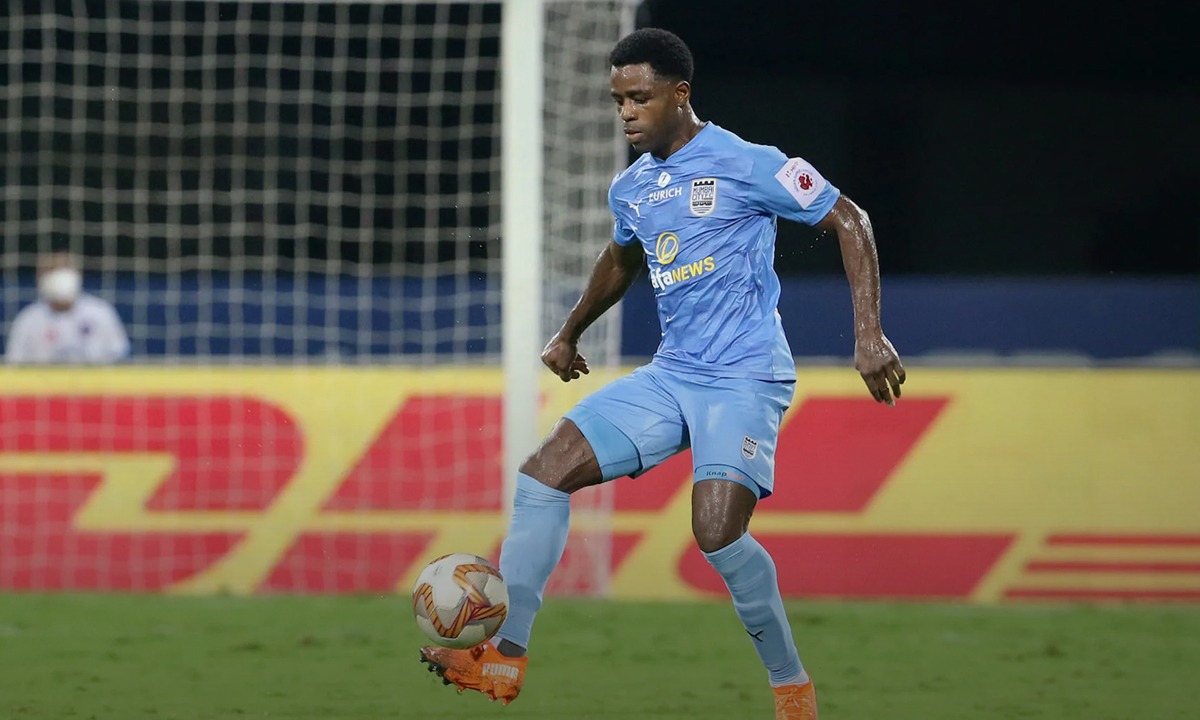 Hyderabad FC are set to sign Bartholomew Ogbeche from Mumbai City FC for the upcoming season of Indian Super League. With the addition of Ogbeche, Hyderabad’s attack will be formidable and competitive for the highest level.

Earlier, Sportskeeda reported that Hyderabad FC are all set to sign 36-year-old Nigerian striker. With year-long stints for NorthEast United FC and Kerala Blasters, Ogbeche is a proven star in Indian football.

Bartholomew Ogbeche played a crucial part in Mumbai’s historic League Winners Shield and ISL trophy double just a few months ago. He scored an impressive eight goals in his 23 total appearances for the Islanders last season. Although he didn’t get as many starts as he would’ve wanted, coming up from bench, he created huge difference for his team.

Ogbeche’s previous experience in ISL is equally impressive. He scored 13 goals for the Highlanders in his debut season of ISL back in 2018-19. Next year, he scored 17 goals in only 16 games for a rather unimpressive Kerala’s side.

Hyderabad FC had an impressive run under Manolo Marquez last season. They showcased an organised style of attacking football with many young Indians stepping forward for them.

Although Hyderabad’s attack was very impressive last year, they missed out the spot in semifinals as they finished the season in 5th position. Just two points behind the fourth-placed side FC Goa. Moreover, with Aridane Santana’s future still hanging in uncertainty and Liston Colaco’s departure, Hyderabad’s forward line needs a rebuild. Santana provided a total of 10 goals in that campaign. So they will surely need a top class goalscorer to replace him.

In this situation, Ogbeche looks like a perfect solution for all the problems for Hyderabad FC. He can provide with goals and builds as a good attacking threat. With his addition, they will surely compete for a top four finish next year. The signing isn’t official yet, but it seems like just a matter of time.