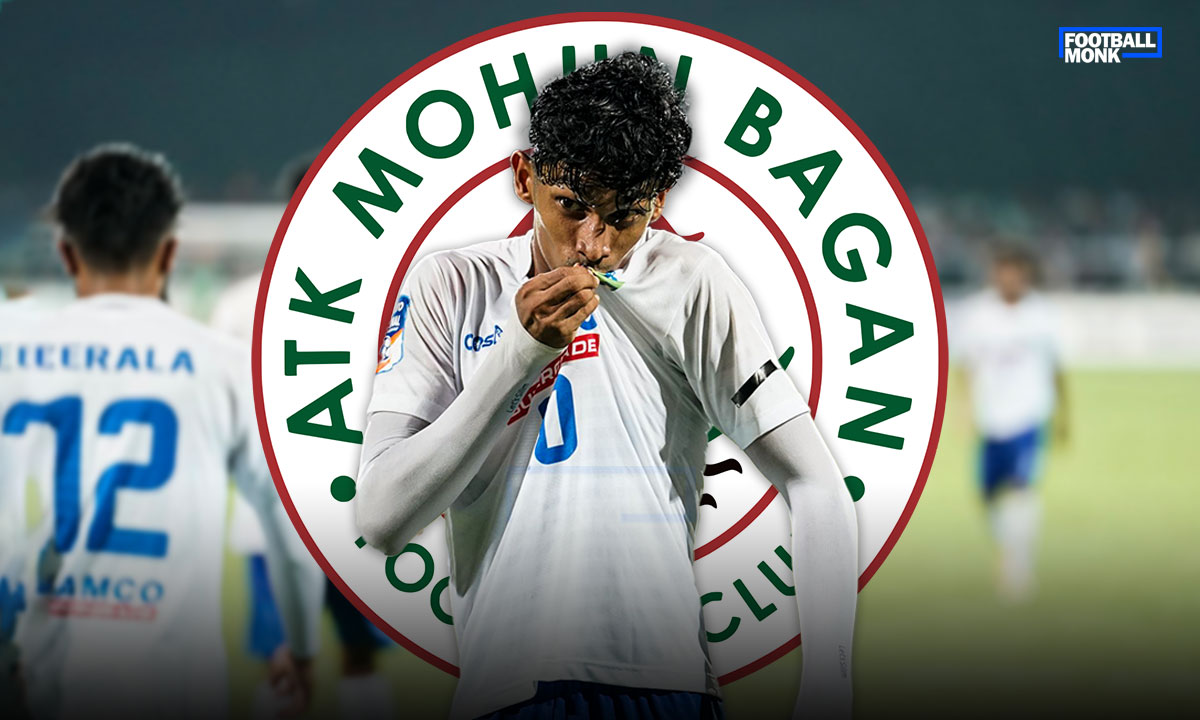 The new hot prospect in the market

Kerala on Monday won the 75th Santosh Trophy after beating Bengal 5-4 in the penalties. After his exploits in the semi-finals, Jesin became an overnight star in Indian football. The 22-year-old currently has a multi-year contract with Kerala United FC. And the bidding war for the young forward has already started.

ATK Mohun Bagan is expected to participate in competitions like Calcutta Football League, Durand Cup, and IFA Shield in the upcoming season. With Juan Ferrando at the helm, the Mariners have started to build a strong squad and aim to dominate Indian football in the upcoming years.

As reported earlier, ATK Mohun Bagan are planning for an overhaul in their upfront. Sources close to the development confirmed that the Mariners have already contacted Kerala United. And they are ready to pay a hefty transfer fee amounting to Rs 22 Lakhs INR to secure the young forward.

While confirming the above statement, Kerala Santosh Trophy team gaffer Bino George said, “For instance, ATK Mohun Bagan has shown interest in paying transfer fees for Jesin. Who is currently with Kerala united.”

With 9 goals including 5 in a single match, Jesin finished as the top scorer of the recently concluded Santosh trophy. And working under Juan Ferrando, a coach known for developing young players can be really beneficial for him.