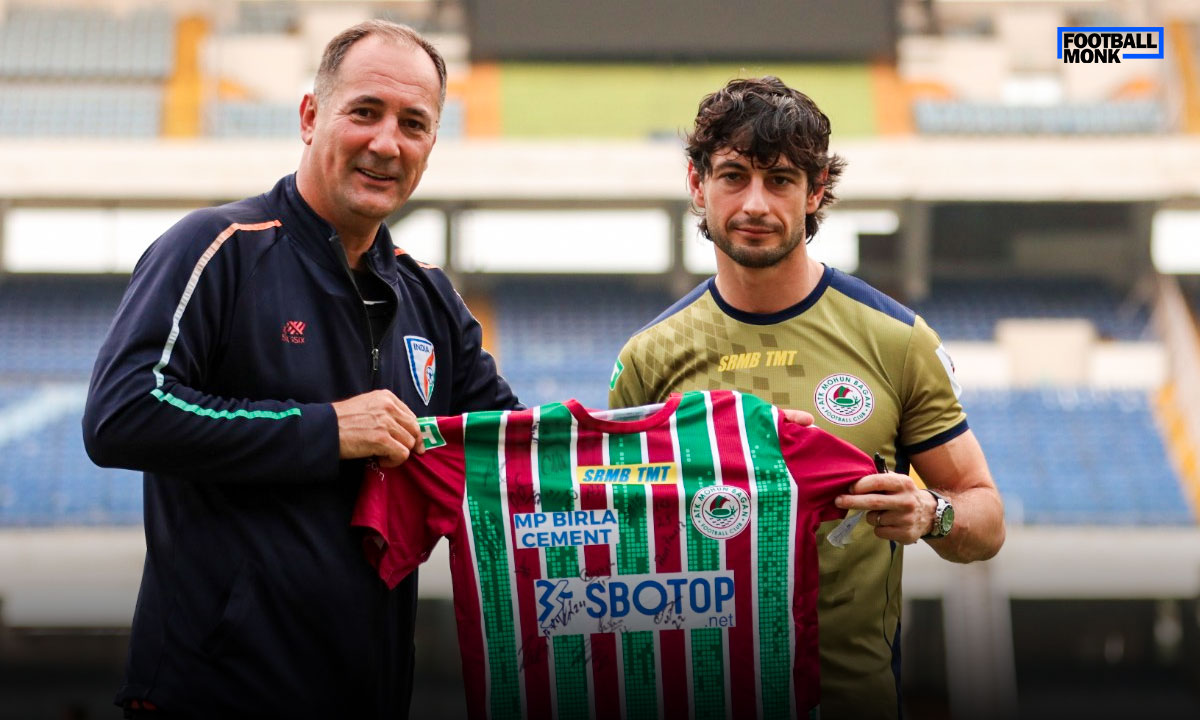 ATK Mohun Bagan won by a 2-1 scoreline against the Indian national team in a friendly match on Wednesday at Vivekananda Yuva Bharati Krirangan. The game was played as a part of preparations for both the teams.

Later this month, the mariners head on to the group stages of the AFC Cup whereas the national team queues up for its international friendlies against Zambia and Jordan in Doha.

Liston Colaco and Kiyan Nassiri found the net for the green-and-maroons, whereas Sunil Chhetri scored the solitary goal for the national side.

ATK Mohun Bagan had an edge against the Blue Tigers

Both teams played with end-to-end actions. The Indian team looked sharp right from the start. Ashis Rai and Udanta Singh were on fire down the right side. Sunil Chhetri found a brilliant ball from Glan Martins and did what he does best.

ATK Mohun Bagan on the other hand played with an all-Indian forward line in the first half. Kiyan and Liston combined brilliantly, and the duo also put their names on the scoresheet.

Bagan made considerable changes in their lineup post halftime. Roy Krishna, Hugo Boumous, and David Williams came in whereas the defense shifted to an Indian one. Sandesh Jhingan and Gill replaced the centre-backs whereas Sheikh Shahil got the midfield job.

Towards the end, youngster Abhishek Suryavanshi got a few minutes under his belt. David Williams reportedly failed to convert a few one-vs-one chances in the second half.

National Team Captain Sunil Chhetri opened the scoring in the game. He got to the end of a brilliant assist by Glan Martins and converted the shot. However, the lead was short-lived. Liston Colaco equalized the goal tally for both the teams within 5 minutes.

Youngster Kiyan Nassiri scored the winner for the Mariners. The final scoreline ended 2-1 in favor of ATK Mohun Bagan. Both goals came in the opening half of the match.

Reflection on the game

The friendly fixture was a part of the preparations for both teams. ATK Mohun Bagan is scheduled to play in the group stages of the AFC Cup. After a somewhat disappointing end to the league, Juan Ferrando’s men look up to the competition as a road to redemption.

Bagan had already lost their previous friendly against the Bengal Santosh team so this friendly acted as an added motivation. Thus, this win over the national team will surely boost their confidence levels.

On the other hand, the national team’s primary target now is to qualify for the AFC Asian cup. Thus, they are currently playing a string of friendly matches as a part of the preparations. Igor Stimac tried out various combinations during today’s game at Salt Lake.

These experiments suggest he is trying out different formulas and friendlies are the best way to execute such plans. His men further face I-League All-Stars and Santosh Trophy All-Stars before flying to Doha.