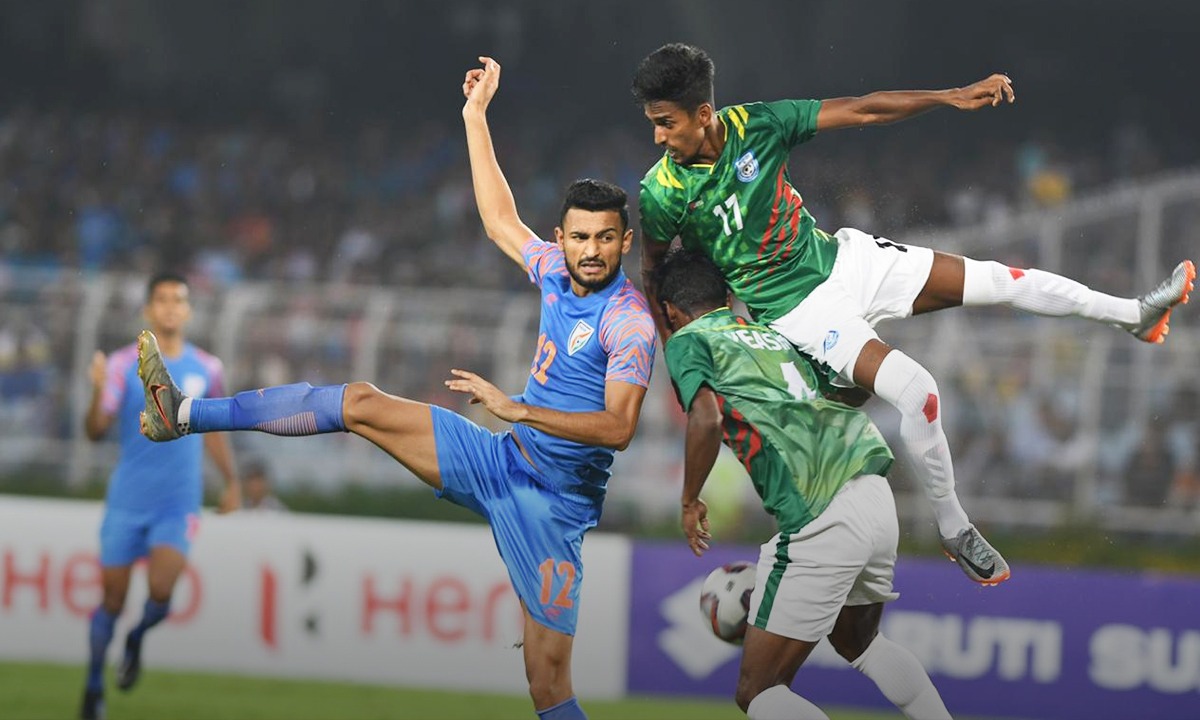 The Indian football team will face Bangladesh in their reverse fixture of the FIFA World Cup qualifiers in Qatar on June 7. Ahead of the game, Football Monk takes a look at the Blue Tigers’ opposition and their strengths and weaknesses.

Bangladesh currently stands at the rock bottom position of group E with one point from five matches, two less than fourth-placed India. Their position doesn’t justify their overall performance in the World Cup qualifiers.

The Bengal Tigers looked to be the better side when they last turned up to face the Blue Tigers in Kolkata in 2019 and forced the Indian football team to play on the back foot for the majority of the game. They aren’t easy to play as they might seem because Jamie Day’s men can spoil the party for anyone on their day.

Just like India, Bangladesh too resumed international football in March 2021 with a friendly match against Nepal. The Bengal Tigers ended up being on the losing side as Nepal won 2-1.

Jamie Day has changed his team in many aspects of the game which can be clearly seen on the pitch. They are very hard to crack as they like to sit back deep in the defence. Their counter-attacking game style is also an asset for them. In addition, their man-to-man marking is something that has always caused problems for the opposition.

They like to sit back and defend but on some occasions, their plan of parking the bus backfires and they end up conceding goals. One more drawback could possibly be the lack of experienced players as out of the 33 men in the squad announced by Jamie Day, a lot of them are youngsters who lack the taste of international football.

Key player for India vs Bangladesh

The key player for India will be Manvir Singh, who has found a rejuvenated version from the season gone by. Manvir will be the X-Factor against Bangladesh as he comes into this game on the back of a season full of individual brilliance and he might trouble the Bengal Tigers.

Their FIFA ranking might tell a different story, but India should not make a mistake to underestimate them again.