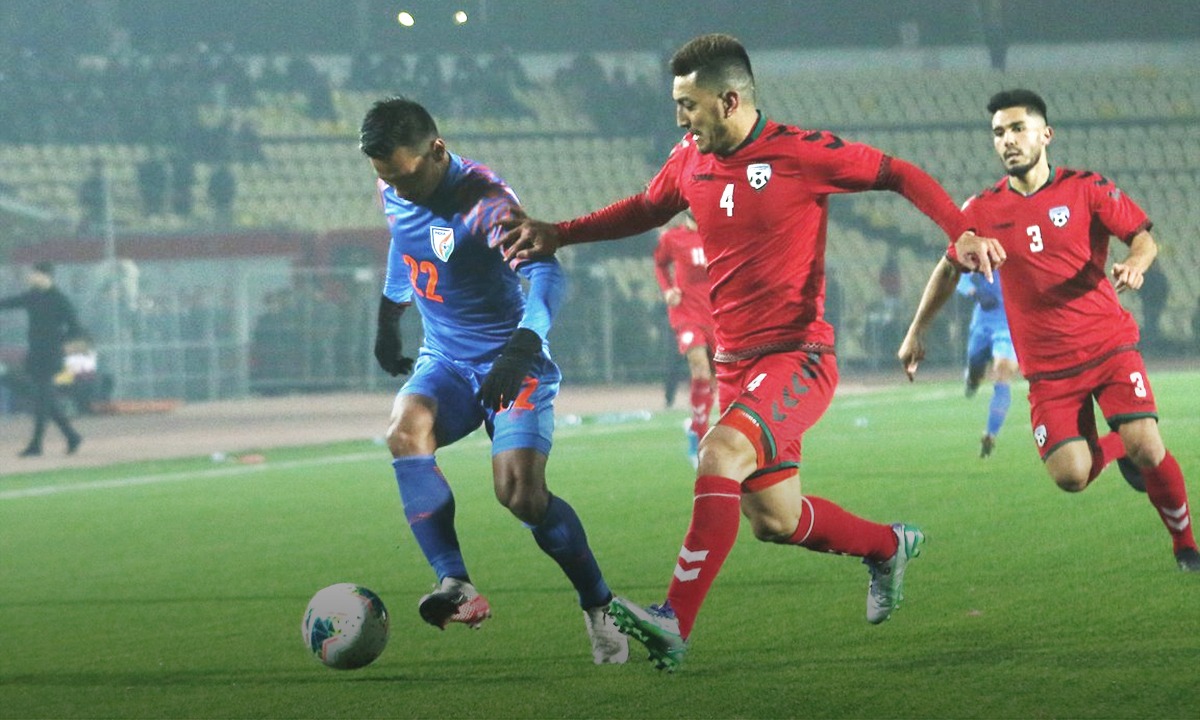 Indian football team are all set for the FIFA World Cup qualifiers commencing on June 3rd. They would be playing against Qatar, Bangladesh and Afghanistan to complete their schedule. While their chances of getting into the third round of qualifiers are virtually over, they can still target a third-place finish that would give them a direct entry into the AFC Asian Cup 2022 qualifiers in September.

Context of the qualifying group

Qatar hold a four-point lead going into the final phase of matches with Felix Sanchez’s side having played one game more than second-placed Oman. Qatar’s involvement in Group E centres largely on securing their berth at the AFC Asian Cup 2023 as they look to defend the title they won in the United Arab Emirates in 2019.

The runners-up will be in a battle with four other group runners-up to advance to the next phase of WC qualifiers. Afghanistan sit third with four points from five games, leading fourth-placed India by a point. Bangladesh sit bottom with a solitary point from five games.

Football Monk takes a look into the profile of one of India’s opponents in the upcoming qualifier – Afghanistan.

Afghanistan arrive at the final stage of the WC qualifying campaign with four points from five games. Like most other Asian teams, they’ll be taking the field after a long gap of more than 18 months. Their most recent match stretches way back to November 2019 when they were held at home by Indian football team before losing to Qatar.

The Afghans had got their campaign off to the worst possible start, getting drubbed by Qatar 6-0. They bounced back well to record a 1-0 win against Bangladesh thanks to a Farshad Noor strike. However, that remains their only win in the qualifiers as they slumped to a 3-0 loss to Oman thereafter. Afghanistan are in a similar position with India, targeting a direct entry into the AFC Asian Cup qualifiers. They’ll be up against Bangladesh, Oman and India in Doha this time around.

The Afghans boast of a frontline full of experience and will definitely bank on their forwards to land success. Omar Haydary (Lechia Gdańsk), Jabar Sharza (HIK) and Norlla Amiri (Ariana FC) would be ready to prove their worth. The Afghans have found breakthroughs in front of goal hard to come by in the qualifiers, managing only two. This time, they’ll be surely up against it to make the chances count.

Although there’s plenty of firepower in the midfield and attack, their shaky defence remains a point of concern. Whenever they have faced a formidable attack, shipping in a handful of goals has been a regular event. Barring Bangladesh who sit rock bottom, Afghanistan have conceded more goals (11) than the other three teams combined. Their vulnerability at the back will surely be a factor opponents will like to exploit.

Key player for India against Afghanistan

India’s clash with Afghanistan would be a crucial one in the context of earning the third spot. In this regard, they would bank on the pacey forwards to exploit the vulnerable Afghan defence. After having a stellar season with ATK Mohun Bagan, Manvir Singh will be the player to watch out for.

Alongwith Sunil Chhetri up front, the 25-year-old would surely pose a threat with his lightning pace. His control on the ball and dazzling dribbles would be a treat to watch, stretching opposition defences. He has four goals in 17 international caps to his name, with the latest one coming against Oman in a 1-1 stalemate in a March friendly.

With an experienced frontline, Afghanistan will definitely be a tough team to defend against. But their vulnerability at the back means the Indian football team would have to carve chances out on their own. Being clinical up front would be the key in this crucial contest. Overall, the Afghanistan squad would land up a 7/10 rating based on the threat they pose to India.