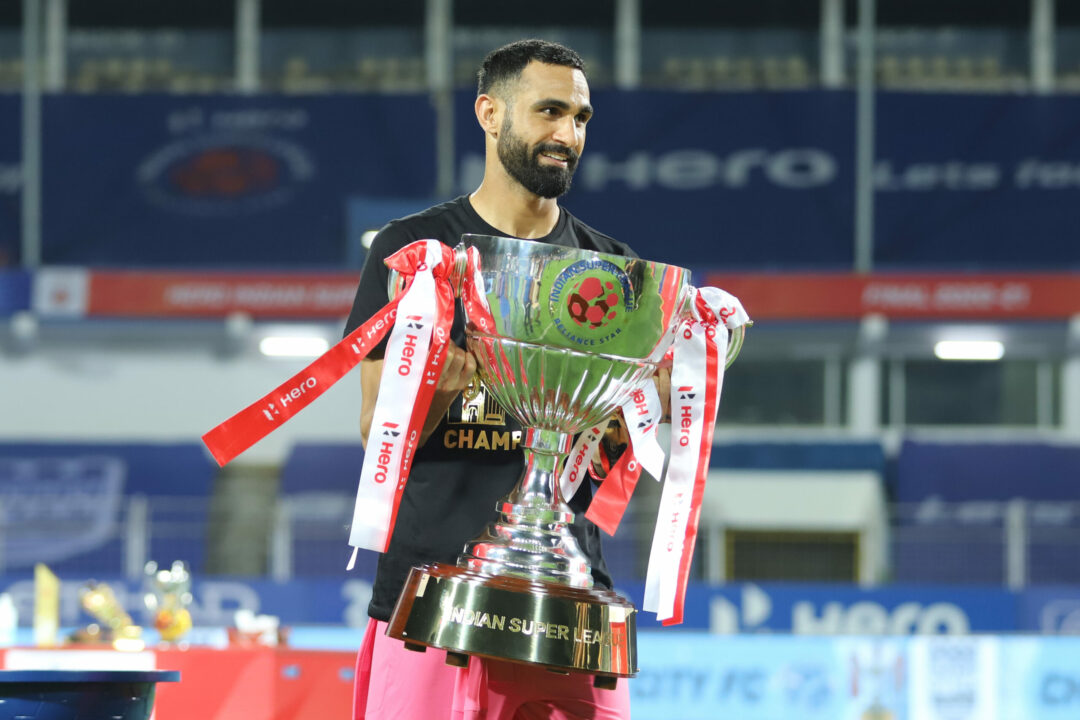 Mumbai City FC can confirm that Amrinder Singh will leave the club after his contract ends today, on May 31. The 27-year old goalkeeper will bid farewell to the Islanders after spending five seasons with the defending ISL Champions and League Winners.

Amrinder, who joined the club on September 7, 2016 initially on loan from Bengaluru FC, made his debut for the Islanders in a 0-0 draw against FC Goa later in the year in November. Despite joining midway through the 2016 ISL campaign, Amrinder notched up five clean sheets in six appearances, leading Mumbai City FC to their first ever ISL semi-final appearance, and made his way to the Golden Glove award in his debut season with the Islanders.

The Mahilpur-born goalkeeper stayed on with Mumbai City for the 2017-18 campaign and gave glimpses of his brilliance in goal in an otherwise forgettable season as the Islanders finished 7th in the table. However, his performances were duly rewarded as Amrinder put pen to paper on a three year extension with his club in March 2018.

Named as one of the club’s captains by Jorge Costa in the 2018-19 campaign, Amrinder continued his rise as one of the finest shot-stoppers in the country and led Mumbai City to only their second semi-final appearance in five seasons of the ISL, but only to make it so far yet again.

On January 4, 2020, Amrinder created history by becoming the highest capped player in the history of Mumbai City when he led the Islanders out against ATK at the Mumbai Football Arena, passing the record set earlier by Lucian Goian. The Islanders, however, missed out on consecutive semi-final appearances on the final day of the league later in the same campaign.

Amrinder would soon play a crucial role in one of the most important seasons in the club’s history. He remained as one of the leaders of the side under incoming head coach Sergio Lobera in a highly successful 2020-21 season and was instrumental towards leading Mumbai City to first, the ISL League Winners’ Shield and then, the elusive ISL Trophy – the first pieces of silverware in the club’s history.

With 84 appearances for Mumbai City FC, his last one coming in the iconic 2020-21 ISL Final at the Fatorda, Amrinder leaves the Islanders as the Islanders’ highest appearance maker and an icon in the history of the Club.

Amrinder Singh said, “I came to this club five years ago as a boy and now I leave as a man. I have learnt so much about football and about life in my time at Mumbai City FC. I have had the privilege of working with some of the best players, the best coaches, and staff here in Mumbai.”

“Moreover, I will cherish every minute I’ve spent playing in front of our fans. They are the backbone of this club and I can never forget all the love and support they’ve given me and my teammates in good times and especially, the not-so-good times.”

“This club is my family and it’s always tough to say goodbye to family. But I am proud that I can leave this family as a champion, winning our first ever trophies, and I will always hold Mumbai City close to my heart.”

Club co-owner, Bimal Parekh said, “Amrinder will leave behind a legacy at the club as a leader, as an inspiration and his contributions to Mumbai City FC in the last five years will not be forgotten. He’s made his place in our short history so far. We would like to thank Amrinder and wish him nothing but the best for whatever the future holds.”

Head Coach, Sergio Lobera said, “It’s no secret that Amrinder has been an important part of Mumbai City’s history. Amrinder’s influence both on and off the pitch was immense and his role in our incredibly successful last season cannot be understated. He helped his teammates improve and he helped me learn many things as a coach too. I wish him good luck and good health in his future.”