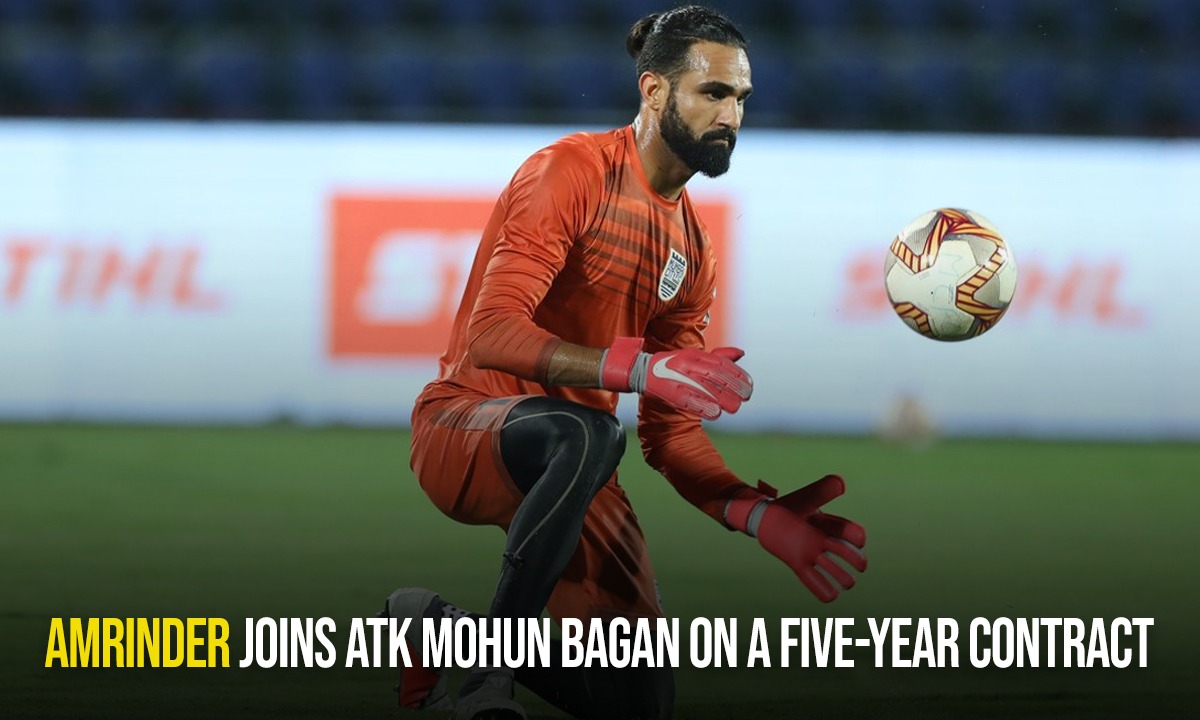 Kolkata, 31st May 2021: ATK Mohun Bagan today announced one of their biggest transfers of the season. As they penned in National Team keeper Amrinder Singh on a record transfer deal.

Amrinder was a crucial part of Mumbai’s ISL-winning squad last year. He kept 10 clean sheets last year. He was with the Mumbai franchise for four consecutive seasons now. Previously he spent two quick spells for Bengaluru FC as well. He won the Golden Glove in 2016. He is now going to join Atk Mohun Bagan on a five-year contract.

From Doha, Amrinder talks to the ATKMB Media team:

“Even though I played in Kolkata before, it was for a very short time. This joining, of course, is going to be a new chapter in my football career. Winning all the trophies for Mumbai last year was a memorable event in my life. I want the same success in the Green-Maroon jersey next season.”

“There are three reasons behind coming to Kolkata. They are: the support of a huge number of ATK Mohun Bagan supporters, the football philosophy of the principal owner of the team Sanjiv Goenka and the glorious history of football of this city.”

Amrinder has played for ATK for only one season back in 2015. So, this comeback can be his reunion with some old teammates and of course with the gaffer Antonio Lopez Habas.

He added, “I played for a while in ISL under the coaching of Habas. Everyone knows about his success in ISL. Habas’s football philosophy always draws me. The biggest thing is that he brought out the best game from the Indian footballers. It’s great to be a member of this team.”

Amrinder is currently with the Indian National team in Doha. The Blue Tigers are preparing for the FIFA World Cup 2022 Qualifier matches, there in the capital city of Qatar.