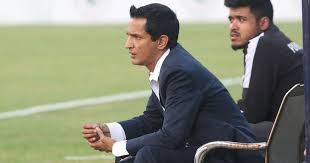 The All India Football Federation is all set to take its own legal procedure against entrepreneur Ranjit Bajaj for making sexual harassment allegation against its general secretary Kushal Das.

This will be prominent among its agenda in its executive committee meeting that will be held here on Thursday.

“The Executive Committee will take a resolution appointing somebody to look into the matter,” an official told PTI.

“AIFF will follow its own legal procedure to take action regarding the matter.”

Bajaj, who sold off his I-League club Punjab FC, last month alleged that Das molested employees at workplace, a charge that was outrightly rejected by the AIFF with their integrity officer Javed Siraj giving Das a clean chit.

Das, in his personal capacity, has already taken legal step by filing a criminal defamation and issuing a legal notice to Bajaj.

Bajaj and the AIFF had been at loggerheads in the past with the national federation suspending him for one year in 2018 after being found “guilty” of making racist remarks against a referee.

In 2019, the AIFF had reprimanded Bajaj for his criticism of the federation on social media. The AIFF found the criticism derogatory in nature, and Siraj’s confidential report also touched upon that.