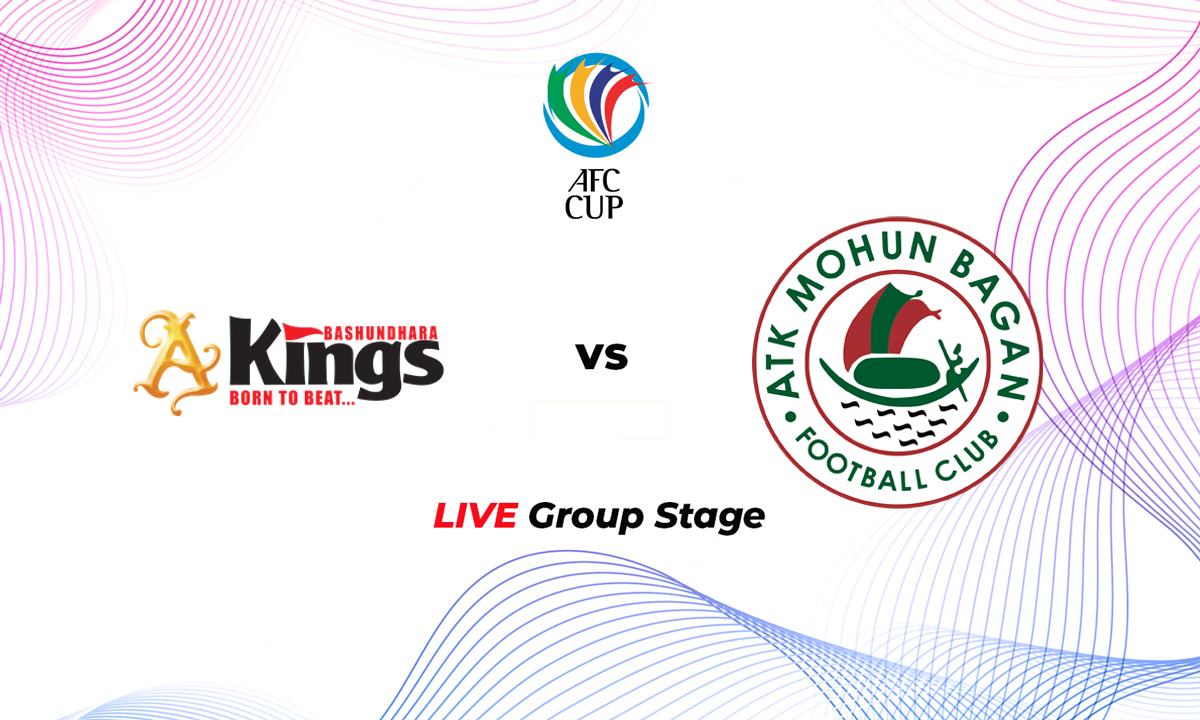 ATK Mohun Bagan hosts Bangladeshi champions Bashundhara Kings in the second game of the Group-stages of the AFC Cup here at the Salt Lake at 4.30 pm. Follow this space for all live updates from the match.

The Live blog will begin soon.

Starting Lineups will be updated soon

ATK Mohun Bagan had a forgettable start to their AFC Cup group stage campaign. They lost the opening game to Gokulam Kerala by a 4-2 scoreline. Bashundhara Kings on the other hand enjoyed a confident start against Maziya. They won by a narrow margin against the Maldivian side.

Juan Ferrando’s men suffered a heavy defeat in their opening fixture against their fellow Indian side Gokulam. However, that won’t change their approach, asserted the Spaniard. “We learn about points to improve, and against Bashundhara we will try to do our best,” said Ferrando. “My team is a good team, a good club. At this moment, I want to concentrate on that,” he added.

“Pressure exists all the time, we have 26 players. I trust all the players. We won’t have Tiri but there are other players that I trust to hold the defence in his absence,” further spoke Juan, saying Tiri’s absence won’t be a big issue.

Bashundhara Kings coach Oscar Bruzon remained calm ahead of the big match. He said that his men need to be very attentive in the first half an hour of the match in order to gain control of the game. “Big match, nice venue with the home team (ATK Mohun Bagan) planning a do-over game. We will stick to our plan, it will be important to hold the first 30 minutes, and then go ahead with our plans,” said Bruzon.

However, the Spaniard was careful to not take the home side easily. “ATK Mohun Bagan is a team still in transition. They need to adapt more to the coach’s plan. We know they are struggling at the back. But I am sure the coach has identified the struggles, and we will not get complacent,” Bruzon added.

The match will be telecasted on the Star Sports network, and the live stream will be available on Hotstar and JioTV.