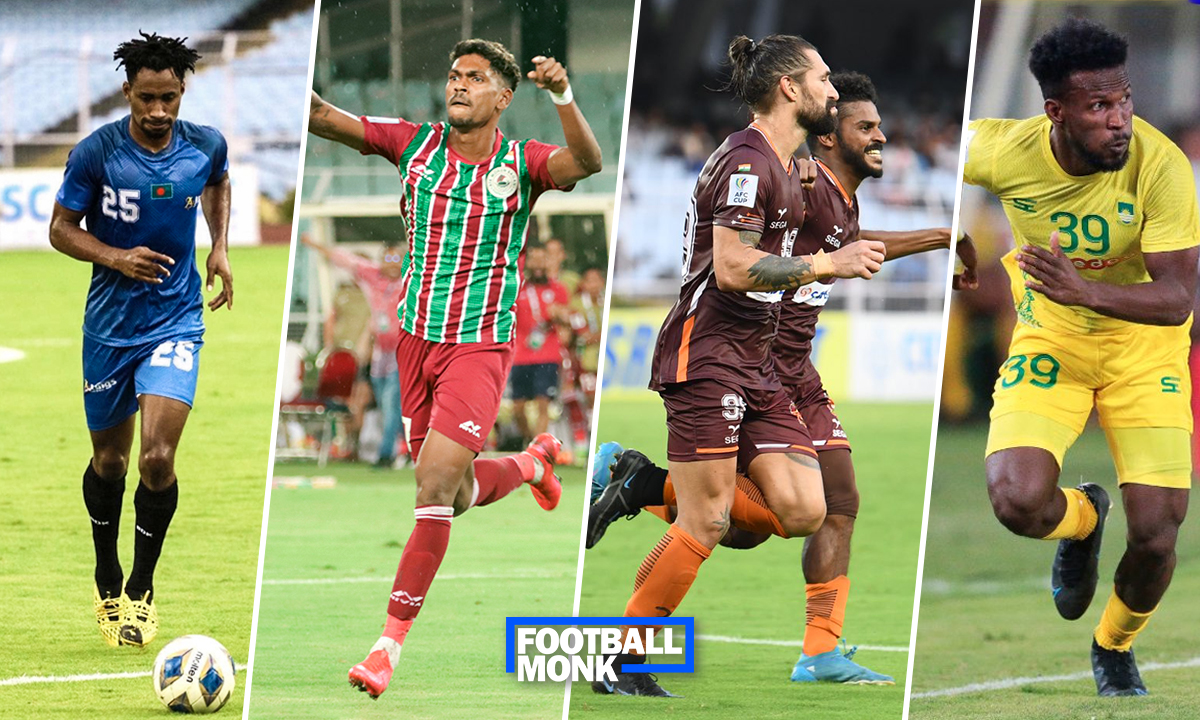 With Bashundhara falling short to the Mariners and Maziya winning against Gokulam, all teams are evenly poised in Group D after two matches each at Salt Lake. With just one qualification spot available in the group, the team that will end on top will go through to the next round. However, the teams are poised in such a fashion that at least two teams will end with equal points at the end of matchday three. This raises a huge question about the qualification process. So today, Football Monk takes a look at how each team can make their way to the next stages of the AFC Cup.

AFC Competitions regulations 8.3.2.1 suggest, in case if both teams finish on equal points, then the head-to-head result of both the teams will be considered. Further, 8.3.2.2 says that if both teams cannot be differentiated by the head-to-head criteria, then superior goal difference between the clubs in question will be considered. If still teams can’t be differentiated, then by the 8.3.2.3 regulation the team who scored the most goals between the two teams in question will go through.

However, if these three rules still don’t lead to a conclusion, then tie-breakers will be considered. The tie-breaker is defined by a reapply of the head-to-head exclusively for the matches between teams in question.

AFC also cites further regulations for differentiation, such as a possible penalty shootout. This is according to the 8.3.2.7 rule which states this could be exclusively applied if two teams are struck and they face each other in the last group match. The next rule basically deals with fair play for differentiation. If all these regular criteria fail, then the last resort AFC uses is club competition rankings.

The away goal rule in group stages has been done away with this season. The reason behind the exclusion being all matches are played at a centralised venue.

How can the teams qualify

Qualification equation for Group-D teams are simple – win the next game and hope teams on the other fixture drop points. This is applicable to all the teams. Let us discuss the criteria for each team in detail:

ATK Mohun Bagan had a disastrous start to their campaign against Gokulam. The Mariners lost 4-2 before bouncing back against Bashundhara Kings. They face Maldives champions Maziya in their last game. They need to win at any cost for the qualification, plus also hope that Gokulam drops points in the other game.

Gokulam Kerala got off to a flyer against the Mariners at the Salt Lake. They registered a 4-2 victory against the Kolkata giants in their continental debut. However, they lost narrowly to Maziya on 21st May. Now, they will face Bashundhara Kings in the first game on 24th May. They must win against the Kings and also hope Maziya drop points against Bagan later in the evening.

The Bangladeshi champions missed the services of their goalscorer Nuha Marong against the Mariners on 21st May. They got off to a confident start against Maziya on the opening match, but lost their way against a resurgent ATK Mohun Bagan side. On Wednesday, they must win against Gokulam and wish that Bagan drop points in the second game.

The Maldives club is no stranger to continental football, having featured in the AFC Cup 8 times in the last 10 years. However, no Maldives side has ever reached the knockouts of the competition. The closest they came to qualifying for the later stages was in 2017 when they finished second in the group – falling just short to Bengaluru FC on head-to-head. Maziya will be eager to change this once they take on the field against ATK Mohun Bagan. They need to defeat the Mariners and then hope that Bashundhara Kings drop points in the afternoon fixture.

If both the matches end in draws, then the team with the highest goal difference will go through. Currently, ATK Mohun Bagan leads this chart with +2, followed closely by Gokulam Kerala with +1.