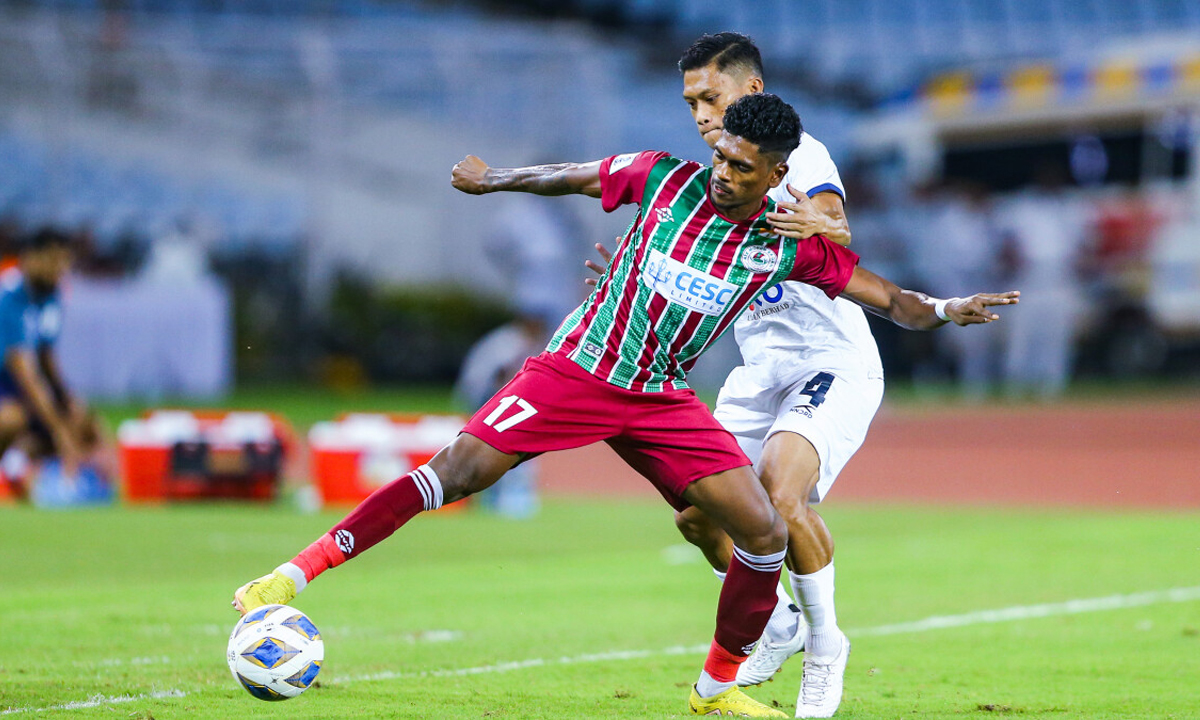 ATK Mohun Bagan gets knocked out of the AFC Cup in dramatic fashion against Malaysian side Kuala Lampur City FC with a 1-3 scoreline. Their Captain Paulo Josue gave Kuala Lumpur a 60th-minute lead and set up Fakrul to restore Kuala Lumpur’s advantage less than two minutes after Fardin Molla levelled in the 90th minute for the Mariners. Morales then scored in the fifth minute of injury time to put the result beyond doubt.

The win takes Bojan Hodak’s side – making their first-ever appearance in the competition – into a meeting with Uzbekistan’s PFC Sogdiana on October 5 with the winners advancing to the AFC Cup 2022 final on October 22.

The Malaysia Cup holders put on a well-organised defensive display to frustrate their hosts before Josue gave Kuala Lumpur the lead against the run of play.

Liston Colaco had presented the greatest threat to the visitors with the India international tormenting Kamal Azizi on the right side of the defence throughout the opening 45 minutes, but Hodak’s outfit managed to reach the interval without conceding.

Colaco hit a low shot at goalkeeper Azri Ghani after turning inside Kamal in the 17th minute and nine minutes before the interval the winger latched onto Joni Kauko’s through pass, but Irfan Zakaria’s anticipation allowed him to cut out the pass before Manvir Singh could strike.

Singh did have a sight of goal with two minutes remaining in the half when he claimed possession 35 yards from goal and thumped a vicious strike that only just cleared Azri’s crossbar.

Kuala Lumpur had been forced to sit back and absorb the pressure for much of the first half, although Jordan Mintah could have given his side the lead 18 minutes into the game.

The Ghanaian striker narrowly failed to capitalise on a mix-up between Subhasish Bose and goalkeeper Vishal Kaith while seconds later he volleyed over from close range after Paulo Josue headed Kamal’s cross from the right.

ATK Mohun Bagan continued to dictate the tempo in the opening exchanges of the second half, but Juan Ferrando’s side remained unable to turn that dominance into something tangible.

At the hour mark, the Indians were made to regret their lack of a cutting edge when Josue struck. ATK’s inability to clear from a throw-in saw the ball shovelled into the path of the Brazilian by Akram Mahinan and Josue’s first-time effort flew into the bottom corner.

With time running out, however, Molla looked destined to take the game into extra-time when he punished Kuala Lumpur’s failure to clear with a clinical strike but Fakrul’s glanced header from Josue’s free-kick out on the right two minutes later remarkably put the Malaysians back in front.

That just left Morales to capitalise on ATK throwing everyone forward in a last-ditch effort to find a second equaliser, with the Colombian putting the seal on a historic win.