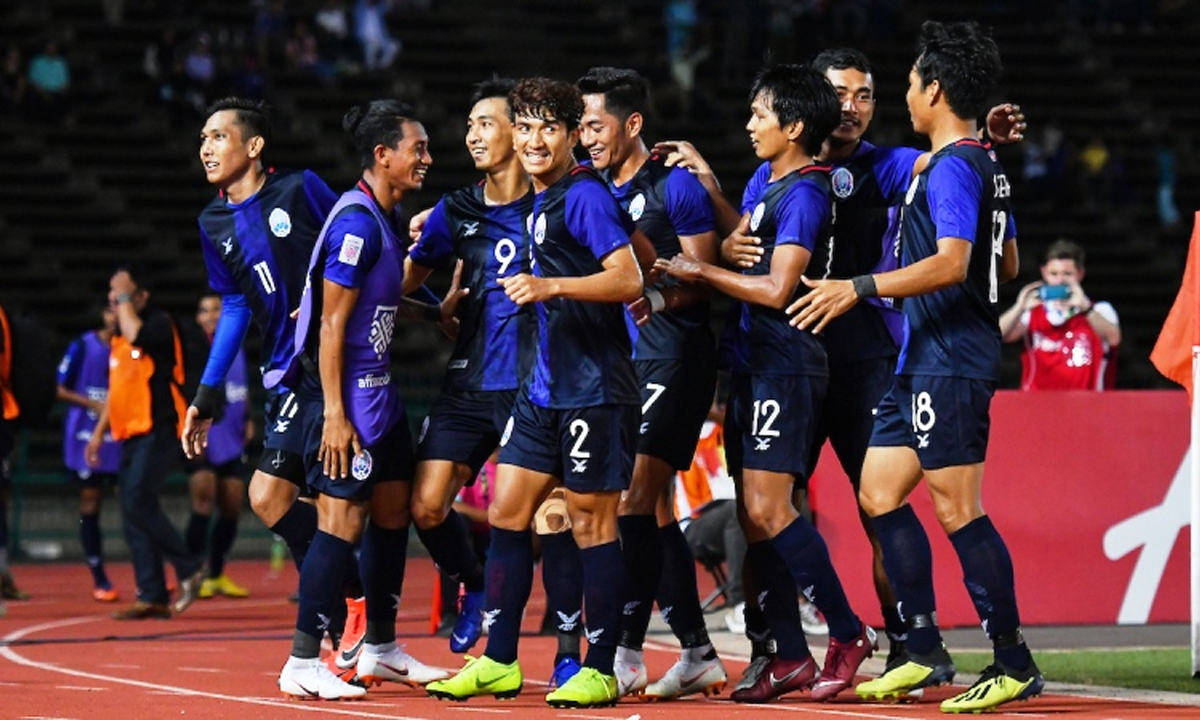 India starts their quest for the AFC Asian Cup later next week on 8th June 2022 at the prestigious Salt Lake Stadium in Kolkata. The Blue Tigers are seeded with Afghanistan, Cambodia and Hong Kong in the Group D of the Asian Cup Qualifiers. Ahead of the mouth-watering clashes, Football Monk takes a look at the opponents India will be facing, starting with Cambodia.

The Football Federation of Cambodia – Cambodia’s football governing body falls under the ASEAN (AFF) zone of the Asian Football Confederation. Nicknamed the Angor Warriors, the Cambodians take immense pride in their national team and are backed by huge support in their local matches. They played their first international friendly on 17th March 1957 against Malaysia. The Cambodians have made only one appearance in the AFC Asian Cup so far, in1972. They finished 4th in the tournament, losing to Thailand on penalties in the match for the 3rd spot. The team is currently coached by Japanese legend Keisuke Honda.

Cambodia boasts some really pacy players and they prefer the aerial forward passes a lot. They like to sit back and defend and then launch long balls when they find the space in the back. Having said this, they like to play through balls as well and are particularly dangerous with the cross inside the box. However, they themselves sometimes look vulnerable when opponents look to counter.

Cambodia is currently ranked 171st in the FIFA Rankings. The highest ever ranking they ever achieved was 153rd, in March 2011.

Cambodia played only one match this year, against Timor-Leste yesterday (02-06-2022). They won the match by a 2-1 scoreline. The Cambodians conceded first, however, pulled off a memorable comeback in front of their home fans.

Cambodia played the AFF Championship in late 2021 and finished 4th in their group. Their only win came against Laos, by a 3-0 scoreline.

Head to head with India

India and Cambodia have faced each other four times in history, with India winning thrice and Cambodia once. The first encounter came as early as 2nd September 1964. Playing in the Merdeka Tournament, India breezed past Cambodia by a 4-0 scoreline. However, the Cambodians enjoyed the next encounter three years later when they defeated India. The Blue Tigers lost by a 3-1 scoreline in that match.

Fast forward to the 21st century, the nations faced each other twice. The first meeting came on 17th August 2007 in the Nehru Cup. India comfortably defeated the Cambodians by a 6-0 scoreline. However, the second friendly wasn’t an easy one for India. Playing away at Phnom Pehn, India narrowly won by a 3-2 scoreline. This match was particularly important in Indian Football’s history, as it was their first away win after 12 long wins.

Players to watch out in AFC Asian Cup

Forming a formidable strike partnership with Chan, Keo has been an integral part of the team since 2015. He netted 12 times so far for the national team. His tally of 12 goals makes him the 3rd highest goalscorer in Cambodian history. Keo also holds the distinction of scoring against Asian giants Saudi Arabia, scoring in a friendly in 2017.

Sos Suhana has been anchoring the Cambodian midfield since 2012. The midfielder plays for Nagaworld club and made 64 appearances for Cambodia so far, making him the player with the second highest number of appearances for the nation. Suhana is particularly a dangerous player when it comes to through balls, something India must be watchful of. He has scored thrice so far for the national team.