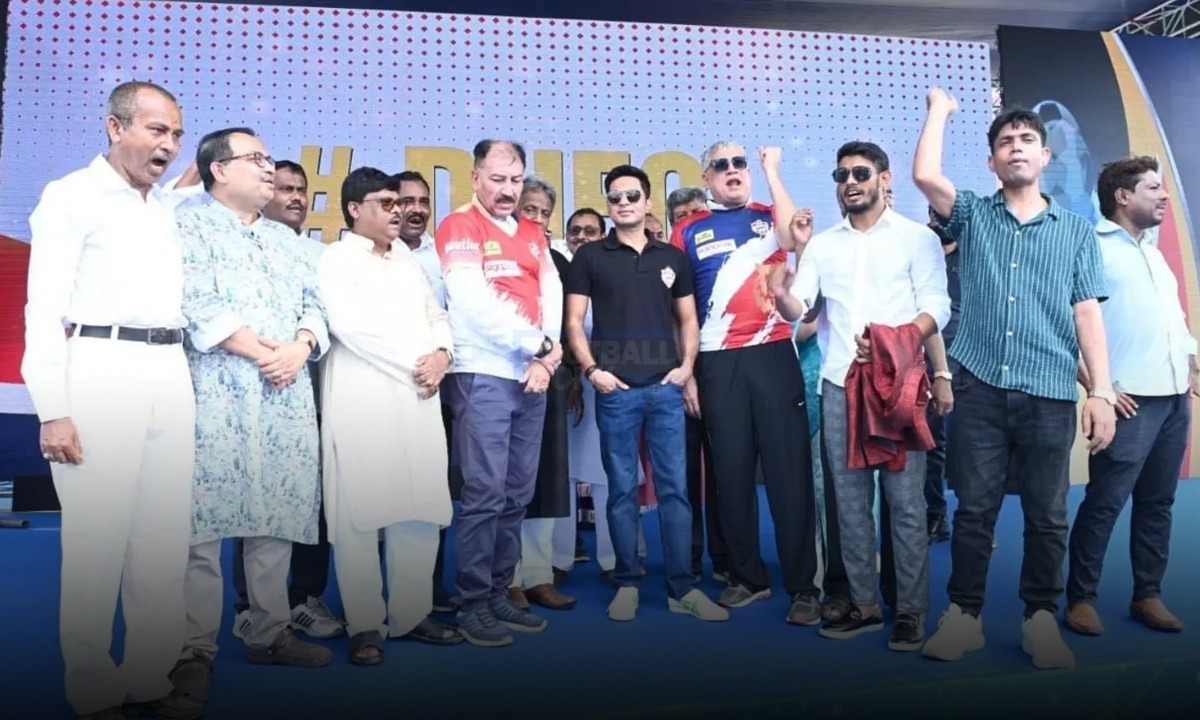 Trinamool Congress national general secretary Abhishek Banerjee on Friday launched Diamond Harbour Football Club, which will make its Calcutta Football League (CFL) debut in the first division in the upcoming season.
Banerjee said the club was launched with the aim to provide exposure to promising youngsters if they need be they will target playing the Indian Super League.

“CFL will get underway in one month and our target is to become first division champions. We will win your hearts,” he said at the launch event at the Bata Stadium ground at Maheshtala in South 24 Parganas.

The club’s target is to qualify for the CFL Premier A and compete alongside the Big Three — ATK Mohun Bagan, East Bengal and Mohammedan Sporting — in a couple of years.

“Within a couple of years we hope to qualify for the Premier A or B. We are confident of reaching greater heights within four-five years. If needed, we will also make a foray into ISL,” he said standing beside former India footballer and party MP Prasun Banerjee.

A sports and fitness enthusiast, Banerjee has been conducting MP Cup in his constituency from 2017. It was known since 2019 that he intended to launch a football club but the COVID-19 pandemic stalled his plans.

“Today we have completed the formalities and I am thankful to the IFA (West Bengal state association) for giving us a green signal,” he said.

“There are so many talented youngsters here but due to lack of infrastructure, they hardly have any platform to showcase their talents. I hope this will raise their standards and help in developing the sport in the country,” he added.