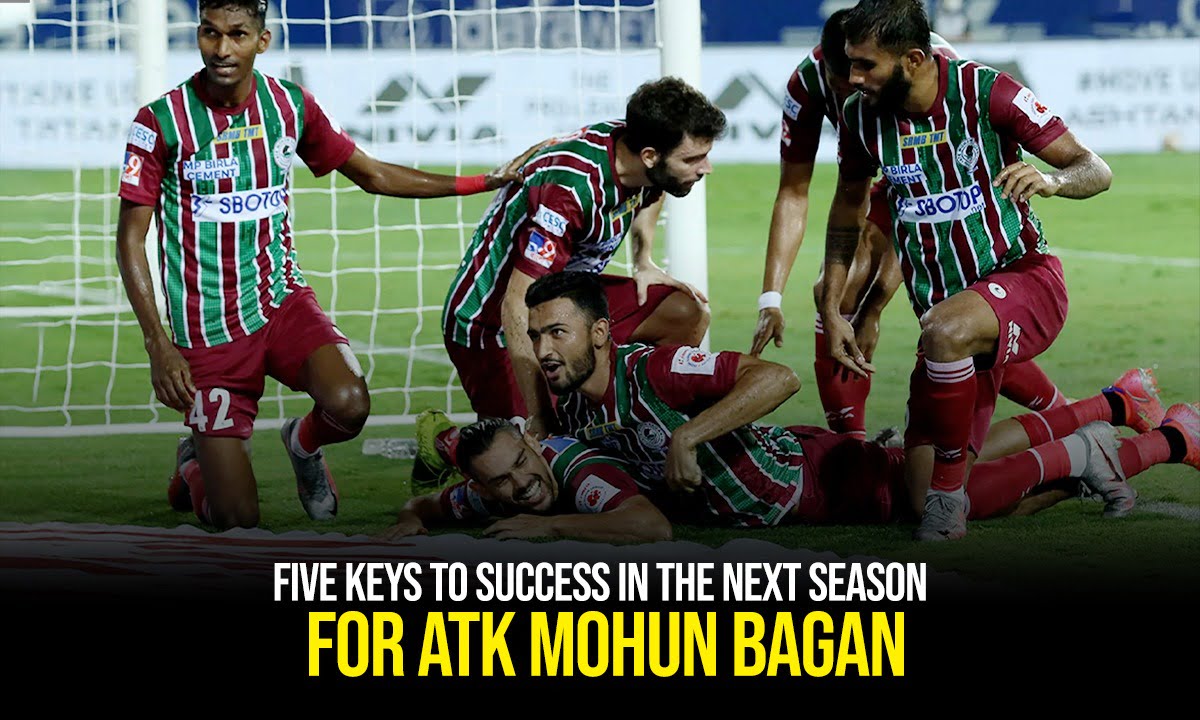 The seventh edition of the ISL-Indian Super League culminated into a “so near, yet so far” campaign for ATK Mohun Bagan FC.

Bagan started off strongly by winning the first three games without conceding, including a Kolkata derby against arch-rivals SC East Bengal. They followed up this strong opening by a rather patchy streak, registering only four wins in their next ten games. Consequently, Mumbai City FC narrowly pipped ATK Mohun Bagan on head-to-head record to win ISL Shield and an AFC Champions League berth. This was followed by them losing out on ISL Cup in the final to the same opposition, thus concluding an entertaining yet frustrating campaign for Antonio Habas’s men.

Antonio Habas has been long renowned for his defensive setup: sit back, soak the pressure, and fast counters. He has been largely successful in employing such a tactical setup which got manifested by Bagan’s tight defense. Shipping only 19 goals in 23 games throughout the tournament, the Mariners proved to be the best defensive unit. However, their creativity upfront got reduced to bits and pieces and moments of individual brilliance.

Among the thirty players creating three or more big chances throughout the tournament, ATK boasted only one – Roy Krishna (4). This sums up the concerning state of ATKMB’s creativity in midfield.

Defending set pieces has been a matter of concern for Habas last season. A large chunk (close to 40%) of the goals they conceded were due to atrocious marking at set-pieces.  Their defence got visibly exposed during set-piece situations. For instance, in the league game against Mumbai, Mourtada Fall scored unmarked with acres of space in the box. The goal severely dented ATK’s hopes of clinging onto the AFC Champions League spot.

The entire squad was plagued by untimely injuries throughout the tournament last season. The replacements brought in couldn’t perform up to the mark. This led to frequent alterations in the team halfway through the league stage. It was exactly during this period that they lost momentum and dropped to third at one stage. They visibly lacked the attacking threat of Michael Soosairaj whose season lasted only 13 minutes. There was this ever-increasing pressure on Roy Krishna and whenever he failed to deliver, victory eluded the Bagan brigade.

#4 Maintaining the balance between the regular and reserve players

Throughout the tournament last season, Habas fielded the same starting lineup for most of the games. This resulted in fatigue amongst the players and injuries started creeping in. Alternative options at particular positions, especially at the heart of defense got reduced to a bare minimum. So much so that ATK had to field their most creative midfielder, Carl McHugh and Pritam Kotal, who’s primarily a right-back at the center of their defense in the semi-final draw against North-East United.

Javi Hernandez endured a torrid season throughout with just a goal and an assist to his name. His passing was very poor and couldn’t carve out chances either. But still, Habas left players like Jayesh Raneh on the bench for a major part of the games. A good squad depth definitely helps in the long run and that’s exactly what Habas needs to utilize.

Although ATK won the ISL trophy thrice ,reaching  the finals for the last two seasons, the shield has eluded them. They finished second on both occasions , missing out on the shield and an AFC CL spot. Last season was a story of fluffing the lines right when it mattered the most. This time Habas should definitely target top spot and a ticket to AFC Champions League. ATK Mohun Bagan would then become the first club from Kolkata to qualify for AFC Champions League group stage.